Great companies become great by combining problems worth solving, amazing people that want to solve them, and a culture that fuels and rewards them. If you’re scaling, talent is nothing short of your bridge to the future. So what sort of destiny are you engineering?

Building the team presents Scale Ups with one of the most important but enigmatic leadership challenges. The people part of Scaling is tough to crack because you’re not writing code or designing processes or optimising margins. It’s the soft stuff that’s much harder to understand and master. And most don’t get it right. VC’s say the #1 derailer for entrepreneurs is failing to build an A-team.

And this is the irony of building an A-Team. Everyone knows that building an A-team is your ticket. But, who sets out to build a B-team? Who intentionally hires palookas, or even average performers?

That’s the point. Nobody does. Everyone wants an A-Team and every team of founders is trying to build one, the best they can. Despite being smart people with everything to gain (or lose), most still fail to build a team that can scale a business to the next level.

In reality, building an A-Team in a Scale Up is much harder than you think it is. The double whammy challenge is this: hiring is both most critical and most difficult in the Scale Up stage.

Well the first rule of innovation and problem solving is to understand the problem, and this is a complex one. So this post is dedicated to outlining why hiring in a Scale Up is harder than hiring in big business and start-ups. The next posts will arm you with the do’s and don’ts and some legendary hacks. 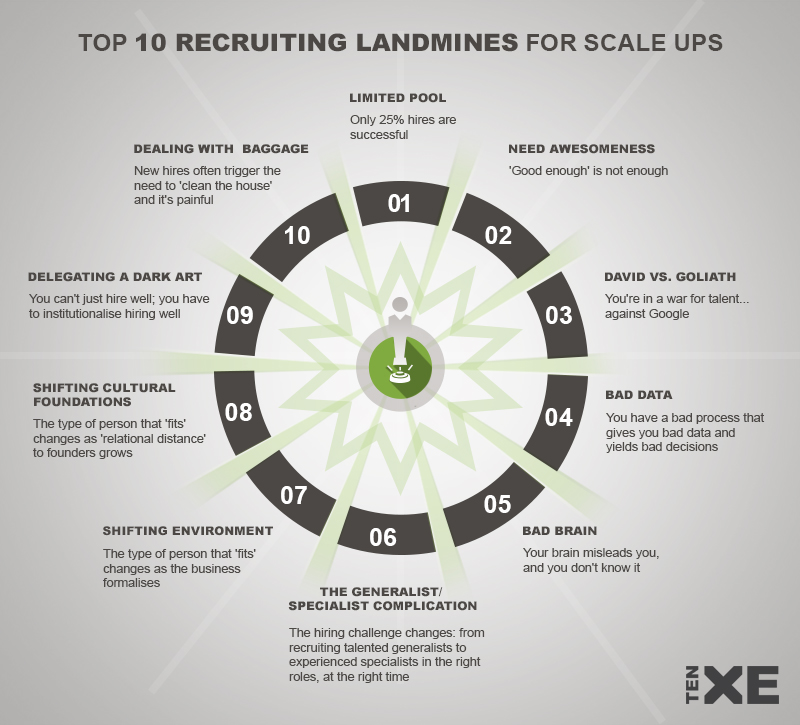 Only 25% of hires are successful

This issue is obviously not unique to Scale Ups but it creates the essential backdrop of an under-appreciated reality. The stats are scary: 25% of hires turn out to be high performers; 50% B-Players; 25% C-players (Who, by Geoff Smart). So if you’re not much better at recruiting than the S&P500’, you are building a team that can’t scale a business, due to Issue #2.

‘Good enough’ is not good enough

Scaling a business is gruelling. You’re running the business of today and building the business of tomorrow at the same time. You need a team of people that can handle more than 1 job most of the time, while putting out new fires every day, and still deliver awesomeness that makes customers raving fans. Unlike big businesses or steady-state businesses, Scale Ups can’t afford to carry anyone. In fact, you can’t even afford folks who get ‘good’ performance ratings in ‘normal’ businesses where good enough is good enough. You need people who punch above their weight and deliver awesomeness. Recruiting only as well as the S&P500 is simply not good enough.

You’re in a war for talent… against Google

The problem with hiring the stars above is that Google wants those people too. And they will pay more, give more perks and look better on their resume. So will all the other multinationals with big brands and cheque books. You’re fighting giants in the war for talent and you don’t have anything like their artillery. Its not so bad for start-ups – they only need a handful of talented people fired up by the thrill of joining a start-up. Scale Ups need to convince quite a lot of very talented people to join them, when they’re no longer a start-up and not yet an established giant.

When it comes to the needle-in-a-haystack task of finding the gems who will deliver awesomeness, you have bad tools that give you bad data on which you make bad decisions. If you learnt how to hire in a decent big business, you screen CV’s and do a raft of 1-hour competency interviews. The problem is CV’s are useless (pimped to make everyone look like a rockstar), as is the traditional 1-hour competence interview (‘give me an example of where you did X’… ‘Ah, you want me to be good at X. Mmm, sure I can spin at least 1 project to magnify my ability’). Startups can derisk hiring because they hire so few people they can rely exclusively on networks. Big businesses can derisk ‘key roles’ by filling them with internal talent they have plenty of insight into and drawing from a big external network of A-players because they have a big internal team of seasoned leaders with vast networks. But Scale Ups are in a hiring No Man’s Land where they have to fill a lot of critical roles with outsiders and they soon outgrow their own networks.

Your brain misleads you, and you don’t know it

It’s official. The Homo-Sapien of traditional economics is extinct. In fact, he never existed. It turns out man is not rational at all. Our brains are wired to deceive us into making irrational decisions, and into believing they are rational! (See more here). And we’re particularly bad at making people decisions – if we don’t know what sort of process to follow to give our brains the right data at the right time. ‘Mmm… Sales Manager at GE. From Harvard. Tall with such broad shoulders and such a nice smile. And my… what a good communicator! He’s just articulated 3 separate compliments in under 30 seconds. He’ll be such a good Head of Sales’. First impressions, the halo effect, stereotyping, the likability bias, and countless other ‘mental shortcuts’ conspire to cause us to hire the most likeable and impressive personalities, most like us, with the best brands on their resume. But those individuals are rarely the best for the job, the best value for money, and rarely punch above their weight. And that old pearl of wisdom ‘follow your gut’ has been robustly disproven by Nobel laureate Kahneman as folly (more here). Given that Scale Ups fill more critical roles from the outside, they are most at risk of falling prey to poor decision-making

The hiring challenge changes: from recruiting talented generalists to experienced specialists in the right roles, at the right time.

Startups need outstanding young generalists who punch above their weight and can flex between tasks and roles and do a ‘good enough’ job at all of them. Big businesses, by contrast, need more specialists with experience and youngsters to train into specialists. Scale ups need to shift from recruiting the former to the latter, at the right time. That means leaders need to shift from being good at hiring one sort of animal (the rising star generalist), to hiring a totally different sort of animal (the super star specialist), where the hiring risks are totally different. They also need to get the timing for this shift right – and that is easier said than done. The timing can be years apart for different parts of the business, and the shift could require a ‘big bang’ single step in some areas, but require a 3 or 4 step evolution in other areas. 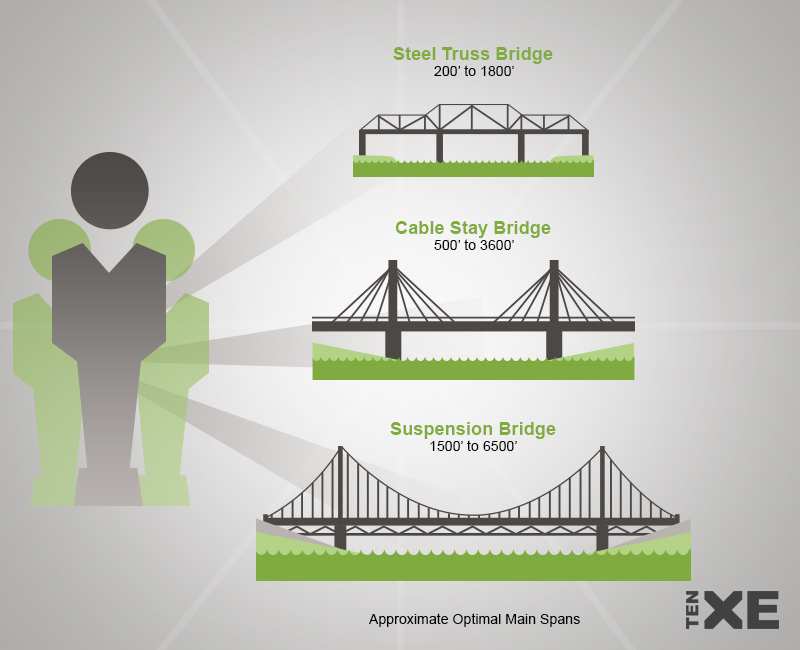 The type of person that ‘fits’ changes as the business formalises

Scale Up share a lot with Ultra Relay Triathlons. The best guy for the swimming leg is usually not the best guy for the cycling leg, or the running leg. Most people are far better at one discipline than the other 2. Similarly, those who thrive in a Start-up context (vision-oriented, experimental, informal, unstructured) often do not thrive in a Scale Up environment (operations oriented, execution-oriented, structured, formal team), and the fit gets worse as you scale. Picking people to fit the context adds another layer of complexity to getting the fit right.

The social contract also shifts over time. Startups usually land up with a significant degree of ‘Social Contract’ in their culture. People show up based on personal loyalty to founders and that relationship drives a large part of their commitment and performance. That no longer works at scale when most people don’t talk to leaders every day – or even every month. There needs to be a shift to a more scalable culture rooted in a ‘Performance contract’. In truth, the great Scale Ups have an element of both. But the mix still shifts heavily from one to the other as you scale from 5 people to 500. Again, this leaves many start-up team members feeling like ‘our culture has changed’, and ‘we’ve lost what was special about us’. Hiring people who can roll with this essential change is not easy.

You can’t just hire well; you have to institutionalise hiring well

As you scale, you go from making 100% of hires to making 1-10% of hires. Delegating hiring is delegating the destiny of the company, and that’s scary if you’re delegating a mysterious art few managers master. Founders need not only to hire well, but to build and institutionalise a hiring brand and system that makes every hiring manager great at attracting and selecting amazing talent.

New hires often trigger the need to ‘clean house’, and its painful

Every Scale Up has baggage from the start-up days. The ‘unspoken social rules’ change as you mature. Which means the people who joined on day 1 are operating on different unspoken rules to the later hires. New hires can also spark huge tensions when their remuneration, bonuses, titles and other perks surprise old hands who got a worse deal, or a better one. So hiring lands up requiring not just hiring, but ongoing management of cultural artefacts and legacy arrangements. This always involves peoples’ lives and relationships and painful discussions and changes. It’s rough and emotionally draining and culturally risky.

Many of these issues are not entirely unique to Scale Ups. What is unique is the degree to which Scale Ups face these risks, relative to start-ups and big businesses. The double whammy challenge is this: hiring is both most critical and most difficult in the Scale Up stage.

Knowledge is power. Understanding the problems positions us to solve them. The next few posts will focus on how to nail recruiting.